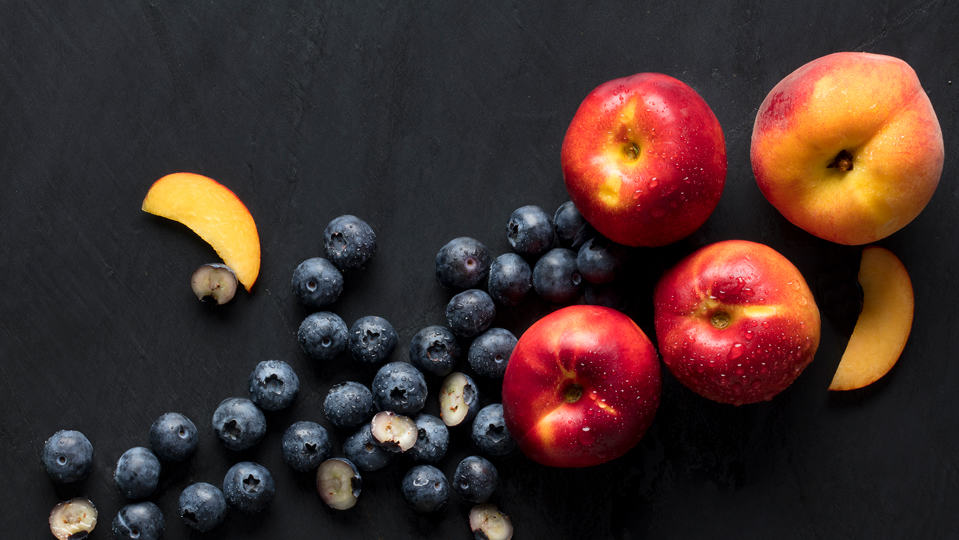 Posted at 08:42h in Uncategorized by Chloe Frey
PRESS RELEASE | Perth, May 2019 – David and Leasa Mazzardis – OZblu co-founders and sole breeders of the brand’s varieties – have maintained a steadfast position within both the blueberry and stone fruit categories due to the genetic superiority of their leading varieties. The innovative couple have spent decades continuously improving upon their products with high levels of success. Although Australian-based, the breeders’ tale stretches from one side of the globe to another – starting in 1987 with David’s first trip to the United States.
With an established career in the fruit industry, David spent a number of months in Northern America visiting relevant orchards and universities to further his knowledge on certain stone fruit varieties. When in Florida he crossed paths with Dr Wayne Sherman, a well-established professor of fruit genetics at the University of Florida’s Institute of Food and Agricultural Sciences.  Dr Sherman’s longstanding involvement in the development of fruit varieties meant a valuable connection for David in his early years as a breeder.
United over their equal passion for fruit genetics, Dr Sherman soon chose to visit David in his homeland of Perth, Australia. Upon visiting the local landmarks, Dr Sherman noted the location’s potential for successful peach and nectarine production. This observation would guide David and his family to invest in an 80-acre property bordering the Yanchep National Park which he later named “Yanchep Springs”, now a highly successful orchard.
Having developed an authentic working relationship, David soon returned to Florida to continue helping Dr Sherman evaluate stone fruit varieties and new selections. This familiar exercise shifted into new territory when the duo began assisting a UF blueberry breeder evaluate his new selections. Inspired to make blueberries an addition to the family orchard, David – with Wayne’s uninterrupted support and input – worked to set up a successful blueberry breeding programme in Western Australia, evident today in the blooming OZblu brand.
In the following years David would meet his future wife and business partner, Leasa, an equally avid fruit breeder. Since then, the couple have continued to develop new genetics which are becoming world-renowned in both the blueberry and stone fruit sector. Through their partnership they formed their private breeding companies, namely Prunus Persica (predominantly peaches) and Nature Select (predominantly blueberries).
David and Leasa recently witnessed the first commercial production of their peach and blueberry varieties in Florida, allowing them to return – quite delightfully – to the place where it all began with Dr Wayne Sherman. Despite being oceans apart, David and Wayne continue to add to their three decades of collaboration, and David asserts that without Wayne’s help or guidance, the breeding programme would not be where it is today.

About Nature Select
Dave and Leasa Mazzardis established their Nature Select breeding program with aim of producing superior blueberry genetics that are commercially viable for growers, with the focus of making their blueberries the number one choice for consumer consumption globally. While their breeding programme’s genetics are now grown commercially in over 19 countries, they are continuing to develop and further their varieties and market them under the OZblu brand.